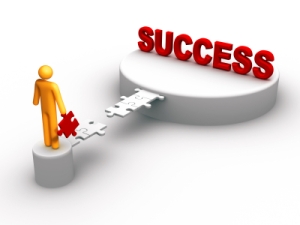 Today I had an interesting call with a colleague of mine, a friend that I hadn’t talked to since college.  She called me up because she was flustered, clearly aggravated and there was an easily detectable amount of sarcasm in her voice.  The first words that I could understand while trying to read between the lines of her rant-like statement were “Why are you looking for venture partners?  If I was going to invest in real estate, I would do it on my own!  In fact I’ve been saving and saving and have a wonderful nest egg built up and I’m going to do exactly that when I find the right deal”

Typically I wouldn’t even bother getting immersed into a debate of this type or even take the time to explain myself for that matter.  If I spent every day trying to convince people to do business with me; I wouldn’t be an effective leader.  I’d spend the majority of my time talking instead of actually creating deals and working towards financial freedom for both my investors and myself.  But, she was a friend, so I bit the bullet and decided I’d at least try to extend her the courtesy of explaining myself.

I could sense the frustration so I opted to changing the topic initially by just asking her how she was doing and inquired as to what she was doing these days.  It worked.  She calmed down and told me of her frustrating and challenging situations while programming web software in the government and her desire to escape the 9 to 5 daily grind.  She talked about what she would rather be doing with her spare time and talked about her kids and her cottage.  After a bit of chatting, we gradually got back to the topic of venture partners in real estate.  At this point at least she was calm and about as ready as she could be to listen to my reasoning.

I tread delicately because I recall from college she had a vicious temper and this could explode into a several hour phone call with the wrong steps, or, more likely me finding a way out of the call and then leaving her upset (don’t worry, we have ongoing jokes about her temper, and yes, I shared this blog with her first and got her permission to post it).  I asked her if she had started to study real estate investing and consider assembling a team.  She had read a few chapters in one book over the course of the last 2 years but never really remained committed to it.  When I asked her why she thought she never stuck to it.  Her response, as I anticipated, revolved around working all day and not wanting to work anymore when she got home at night so she never got around to it unless she was bored.  At this point she mumbled a single soft word “Ohhhh….” but didn’t follow it up with any other audible tone.  I think this was when her thinking changed.  She knew what I was going to say next, before I said it.

Then my explanation started and once I got going I didn’t stop.  If I took a breath of air I knew it’d be too much of a break in my words that she would intervene and I’d never get my point out.  “If you want to safely invest in real estate and reap all the rewards it can bring to you, you need to take the time to educate yourself.  You need to commit to several hours each evening for several years.  You also need to get to know experts in every respective field and have a competitive knowledge of each one of these areas so that you know the difference between an expert and an individual who can just talk the talk.  Realtors, insurance agents, lawyers, mortgage brokers, banks, accountants, bookkeepers, tenants, investors, contractors and the list goes on…”

I had ran out of breath, regretfully, I had to breathe.  My colleague, as anticipated, quickly intervened but with a surprising reaction (I didn’t see that coming), “I get it Brent.  I actually get it now.  Thank you so much for explaining this to me.  I have a lot to learn and to be honest with you I don’t think I’ll ever truly take that much time to learn all of this, and even if I did, there’s no way I could or even want to establish and maintain relationships with that many people.  Holy cow… how did you do that?  How did you change my point of view in less than a minute?”

A bit more chatting about our kids and the joys of parenthood and the call ended.  Her last words identified her perplexity, “I have to go think.  Thanks for your time Brent.  We should go for coffee in April when my schedule opens up.”

Next month we’ll go for coffee, maybe she’ll express interest in being considered as a venture partner and maybe she won’t.  Regardless, I won’t even press the question, I’m just happy that the words I said helped her in more way than one – her thoughts are clear and she now has to figure out what she’ll do with all the money she’s been saving.  Regardless of her decision, I’m sure it’ll result in action one way or another, that’s still better than making excuses or standing still with indecisiveness.  Hopefully she’ll no longer delay her future and she’ll figure out what it is she wants to do.

Maybe I’ll get her to write the follow up blog once her decision is made.  That’d be interesting, wouldn’t it?

One comment on “Why should I become a venture partner in real estate investing? I want to do it all on my own!”

Before making any investment, you should do your own proper due diligence on any name directly or indirectly mentioned in this blog.

Any material in this blog should be considered general information, and not relied on as a formal investment recommendation.